Feeling spontaneous? It’s never too late to book a trip. Here’s our pick of the best last minute flights to Madrid...Estimated lowest prices only. Found in the last 14 days.

Places to stay in Madrid 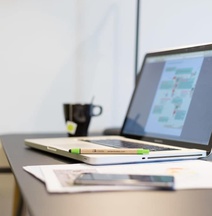 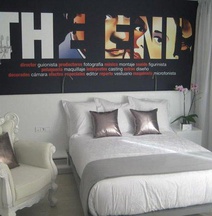 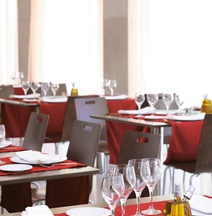 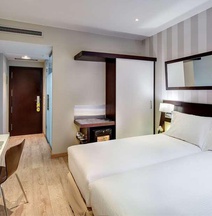 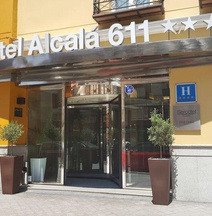 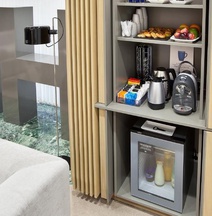 FLYING FROM SINGAPORE TO MADRID

This information is correct as of 30 October 2016.

There are no direct flights between Singapore and Madrid. It is however possible to travel to Madrid from Singapore on KLM, Swissair, Emirates, Qatar Airways, British Airways, Turkish Airlines, Lufthansa, Air France and Etihad Airways via Amsterdam, Zurich, Dubai, Doha, London, Istanbul, Frankfurt, Paris and Abu Dhabi respectively.

BUDGET AIRLINES THAT FLY FROM SINGAPORE TO MADRID

There are no budget airlines that fly directly from Singapore to Madrid.

The quickest and easiest way to get from anywhere in Singapore to the Singapore Changi Airport is on a public taxi which should cost around SGD 20 (USD 14) to SGD 30 (USD 22) - the journey should not take you longer than 25 minutes from a city location. Uber and Grab are also widely utilised in Singapore if you are looking for a potentially cheaper option. If you are not traveling with bulky luggage, hopping on the MRT train is a good idea because you do get to beat any potential traffic on the road and it is also significantly cheaper at just SGD 2 (USD 1.40) - the ride should take you about 45 minutes from a city location. Parking facilities are also available at the Singapore Changi Airport if required - a minute will cost you SGD 0.04 (USD 0.03) with a daily cap of SGD 57.60 (USD 41.40).

THINGS TO DO IN SINGAPORE CHANGI AIRPORT (SIN)

In preparation for your flight ahead, Travellers are advised to arrive at the Singapore Changi Airport at least 2 hours prior to the scheduled time of flight departure. Do note that some airlines allow you to check in up to 48 hours before your scheduled flight. If you do intend to spend some time here at the airport, check out the wide range of entertainment and F&B options across the three terminals - getting around is easy and effortless with the use of complimentary SkyTrains. Be sure to get your final fix of local food at the Singapore Food Street (located at Terminal 3 of the airport) or simply indulge in your favourite guilty pleasure fast food here. If you have forgotten to bring something for your trip, chances are that you will find it here at the airport - select from a range of stores across the three different terminals (getting around is easy on the SkyTrain). If you are looking for somewhere to rest your head, check out the award-winning Crowne Plaza Changi Airport which is directly connected to Terminal 3 or the smaller and more affordable Aerotel Singapore in Terminal 1.

The Adolfo Suárez Madrid–Barajas Airport is located approximately 12km away from the city of Madrid - it is also the busiest airport in Spain. Getting to the city is relatively easy with a number of transportation options. All four terminals of the airport are connected by a free bus service which runs around the clock. Getting from anyone of the terminals to the city is easy on the taxi which will cost you around SGD 38 (USD 27) and the ride should take around 20 to 30 minutes. The Airport Express buses that from the airport into the city cost approximately SGD 8 (USD 5) and the journey takes around 45 minutes. If you intend to take the public transport, hopping on Metro Line 8 is possibly the quickest and most value for money option as it costs about the same as the bus but it takes a lot lesser time (approximately 15 minutes).

THINGS TO DO AT ADOLFO SUÁREZ MADRID–BARAJAS AIRPORT

There isn’t anything particularly exciting to do at the Adolfo Suárez Madrid–Barajas Airport  but the latest Terminal 4 is quite a beauty to walk around - especially if you do enjoy photography! Apart from the usual restaurants and duty-free shopping that one could expect, there are various luggage storage facilities available in the different terminals to make walking around that much more convenient. If you are looking for a hotel nearby, the Hilton Madrid Airport is located just minutes away from the terminal and there is a free shuttle that will take you to the airport if need be.

TIME DIFFERENCE BETWEEN SINGAPORE AND MADRID

Madrid enjoys the most daylight in a day during June and July where temperatures generally soar up to 18 and 31 degree Celsius throughout the day. In the colder winter months (December to February), daylight falls to an average of 10 hours a day and it is not uncommon to see temperatures dipping to 3 and 10 degree Celsius. Summer and Autumn in Madrid are fairly comfortable with temperatures that hover between 6 and 20 degree Celsius.

EXCHANGE RATE BETWEEN SINGAPORE AND MADRID

AVERAGE COST OF A MEAL SINGAPORE AND MADRID

Why pay more for flights when you have the power to know when the fare falls with Price Alerts on Skyscanner: https://www.skyscanner.com.sg/news/get-best-flight-deals-skyscanner-price-alerts