Feeling spontaneous? It’s never too late to book a trip. Here’s our pick of the best last minute flights to Chiang Mai...Estimated lowest prices only. Found in the last 14 days.

Places to stay in Chiang Mai 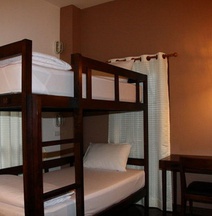 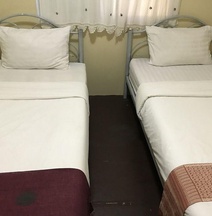 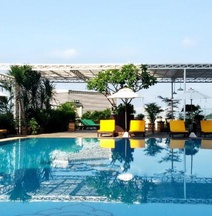 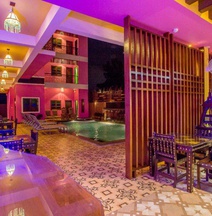 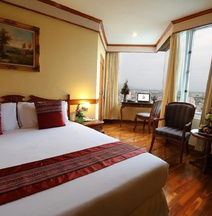 Chiang Mai is the capital of the Chiang Mai province and the largest city in the north of Thailand. It is rich in history and was founded in 1296 as a capital and cultural core of the Lanna Kingdom. It became part of the Ayutthaya Kingdom in 1599. Today it is a popular tourist destination, known for its many ancient temples.

Flights to Chiang Mai arrive at Chiang Mai International Airport. A visa is not required for Singaporeans.

Flights from Singapore to Chiang Mai are available every day, with the cheapest month being November. Singapore Airlines and SilkAir fly this route.

Chiang Mai International Airport receives over 2 million visitors per year. Most flights arrive from Bangkok and from countries in the region such as Singapore, China and Myanmar.

To get to the city centre, take a 10-minute taxi ride for 120 baht (SGD $5) from the airport to most destinations. You can also book catered taxi cabs with a designated driver for your entire trip.

The airport offers complimentary Wi-Fi and is equipped with several food outlets, a full range of facilities and souvenir shops selling silk and handicrafts.

There are hotels right next to the international airport, from three-star boutique hotels to four-star hotels. The city centre is only 10 minutes by car away with a variety of low-cost accommodation options.

Chiang Mai is a city with a rich culture. It got its name from the remaining old city walls that surround ancient temples that have been built in 1296 CE. The most notable is Wat Phrathat Doi Suthep, 13 km away from the city centre. From its high point, you can get an incredible bird’s eye view of the city.

When you visit during festivals such as the Loi Krathon, the Tam Boon Khan Dok and Songkran, there will be music and celebrations throughout the city.

Frequently asked questions about flights from Singapore to Chiang Mai

What is the time difference between Singapore and Chiang Mai?
Singapore is 1 hour ahead of Chiang Mai

What is the weather like in Chiang Mai?
April is the hottest month of the year, averaging 35°C, with December and January at 27°C being the coldest. The best time to visit Chiang Mai is October, as the weather is cool and pleasant.

Getting from Singapore Changi to Chiang Mai

Singapore Changi Airport has four main terminals. T1, T2 and T3 are linked by a complimentary SkyTrain and T4 can be reached by shuttle bus.

You can take a taxi, bus or train to the airport from the city. A taxi typically costs less than SGD $30 and takes about half an hour. Bus 36 costs SGD $2.50 takes an hour from city centre and services terminals 1, 2 and 3. The train runs regularly from Tanah Merah station throughout the week during the daytime.

The airport has many dining options, such as 1983 Cafe Nanyang and Bakery Cuisine, as well as places to shop, including Kiehl’s and Jo Malone. Free Wi-Fi is available throughout, and there are multiple relaxation options, including gardens located throughout the terminals. Nearby are hotels such as Aerotel Singapore costing SGD $125 per night and Raintr33 Hotel Singapore for SGD $158 per night.

Skyscanner is a leading global travel search engine helping over 70 million travellers each month find cheap flights across millions of routes and thousands of partners like Scoot and Singapore Airlines.

If you're not sure when to go to Chiang Mai, try the Cheapest Month feature to quickly identify the cheapest month to travel and secure cheap Chiang Mai air tickets.

To travel smart, set up a Price Alert to ensure you get find cheap air tickets to Chiang Mai. You will get alerted when the price fluctuates so you can book when the price is favourable.