Feeling spontaneous? It’s never too late to book a trip. Here’s our pick of the best last minute flights to Amritsar...Estimated lowest prices only. Found in the last 14 days.

Places to stay in Amritsar 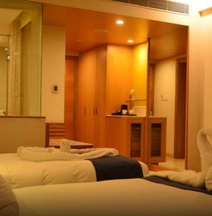 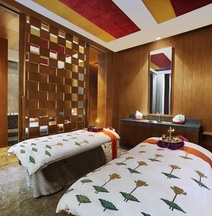 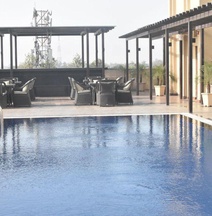 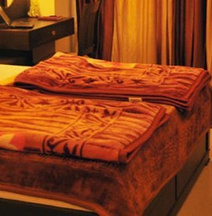 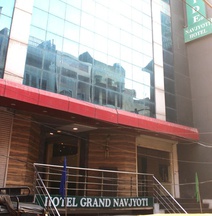 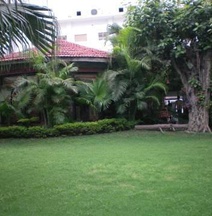 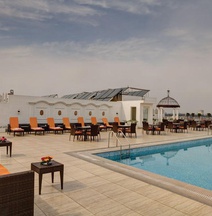 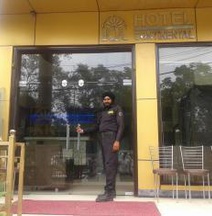 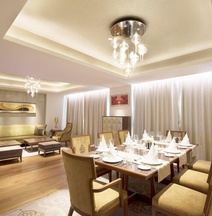 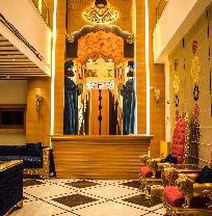 Flying from Singapore to Amritsar

Amritsar, the second largest city in Punjab, is a holy city as well as a culinary capital for the state. Behind its modern life surroundings, Amritsar is home to the most important Sikh pilgrimage site and well-preserved cultural heritage.

Flights to Amritsar typically arrive at Amritsar International Airport (ATQ). A visa is not required for Singaporeans and 11 other nationalities who are looking to stay for a period of 30 days and less.

Airlines that fly from Singapore Changi (SIN) to Amritsar (ATQ)

The only budget airline that offers the cheapest Singapore to Amritsar flight directly is Scoot. There are connecting flights on Malindo Air via Kuala Lumpur.

Amritsar International Airport (ATQ) serves Amritsar, a city in the Indian state of Punjab, and is located about 11 kilometres from the heart of the city. The airport currently has one terminal serving both international and domestic flights.

The airport, which currently accommodates 1 million passengers, is equipped with befitting facilities and services. If you haven't arranged any accommodation, the nearest hotels are Fairfield by Marriott Amritsar and Hyatt Regency Amritsar, which are 20 minutes away.

There are 2 main ways to get from the airport to the city center: taxi and auto rickshaw. The best way is to book a prepaid taxi at the taxi counters located in the Arrivals terminal. The fare should cost only around INR 300 (SGD $6) and the journey would take about 30 minutes. Otherwise, the cheapest way is to ride a rickshaw for INR 150 (SGD $3) and it would take about 20 minutes to the city center.

Amritsar, home to the Punjab and Sikh culture, is known for its cultural and religious importance. Known as the most pious city of Punjab, Amritsar is the primary destination for Sikh pilgrimage tour. To visit the most holy Gurdwara (or temple), head to Harmandir Sahib, also known as Golden Temple.

To learn about the history of Sikh Empire and its founder, make a visit to Maharaja Ranjit Singh Museum. Then, attend the highly celebrated, nightly Wagah-Attari Border Ceremony to witness the lowering of the flags of both India and Pakistan.

Travellers can also immerse themselves in the Punjab culture by visiting Sadda Pind, a Punjab heritage village. The bustling Hall Bazaar is also a must-visit for travellers to see where the locals shop and sample some local street food.

To get your nature fix, participate in the Amritsar Village Tour to learn about the life of rural Punjab in the countryside. Dubbed as the Bread Basket of India, Amritsar is the agricultural backbone and one of the major producers of wheat and rice in India.

Some of the must-try foods in Amritsar include Kulchar (tandoor-baked bread with potatoes filling), Fish Tikka (barbecued boneless fish) and Lassi (yogurt-based drink).

Frequently asked questions about flights from Singapore to Amritsar

What is the time difference between Singapore and Amritsar?

The city experiences summer (April to June), monsoon (July to October) and winter season (October to March). June is the hottest month with an average temperature of 31°C. The best time to visit Amritsar is from October to March due to its mild temperatures and minimal rainfall.

What is the exchange rate between Singapore Dollar and Indian Rupee?

What is the average cost of a meal in Amritsar?

In general, food is significantly cheaper in Amritsar when compared to Singapore. A simple meal in a local restaurant in Amritsar will cost approximately INR 350 (SGD $6) as opposed to an average of SGD $12 in Singapore. Amritsar is also home to many bazaars and street food stalls that you can choose from, so an average meal may only cost INR 50 (SGD $2) or less.

What is the average cost of a hotel in Amritsar?

The average cost per room in Amritsar is fairly lower than Singapore. While a typical room in a 4-star property may cost around SGD $187 per night in Singapore, this is only estimated to be approximately INR 5300 (SGD $100) in Amritsar.

Getting from Singapore Changi to Amritsar Airport

Singapore Changi Airport has four main terminals. T1, T2 and T3 are linked by a complimentary SkyTrain and T4 can be reached by shuttle bus. It is easily accessible from the city via train or taxi. Taking a taxi to the airport from the city center will cost an estimated SGD $20 and should take no more than half an hour.

The highly-acclaimed airport offers free WiFi and a plethora of restaurants, shops, and duty-free retail outlets and is one of the most popular airports to transit at. There are also different lounges spread out across the terminals.

How to find cheap flights from Singapore to Amritsar with Skyscanner

Skyscanner is a leading global travel search engine. You can find cheap air tickets via millions of routes and airlines such as Singapore Airlines and Air India.

If you're not sure when to visit Amritsar, try the Cheapest Month feature to quickly identify the cheapest month to travel and secure cheap Amritsar air tickets.

Not sure if you've found the best price? Set up a Price Alert for your flight from Singapore to Amritsar and get alerted when the price changes so you can book when the price is low.

Head on over to the Skyscanner Flight Promos Finder to get easy access to cheap flights from Singapore to Amritsar as well as other favourite destinations.